"Phoebe Legere is a transdisciplinary artist. Her multi-format artworks issue from a powerful and intimate internal voice."

PHOEBE LEGERE PERFORMS ON HER SHAMANCYCLE AT MAKER FAIRE 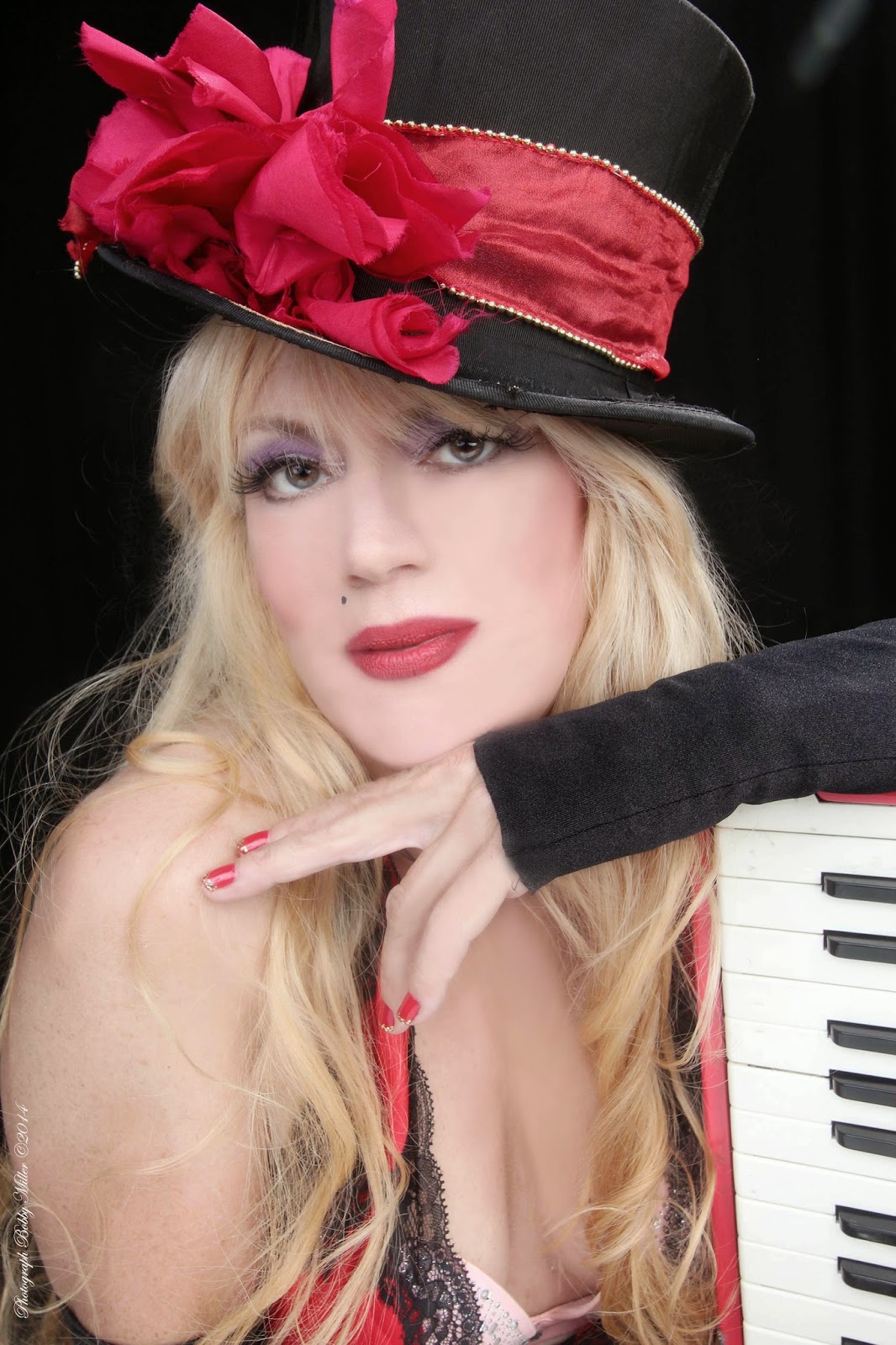 WHAT: Gorgeous Performance Artist Rides Into Town      Singing From Stage of Her Alternative Energy Art Vehicle 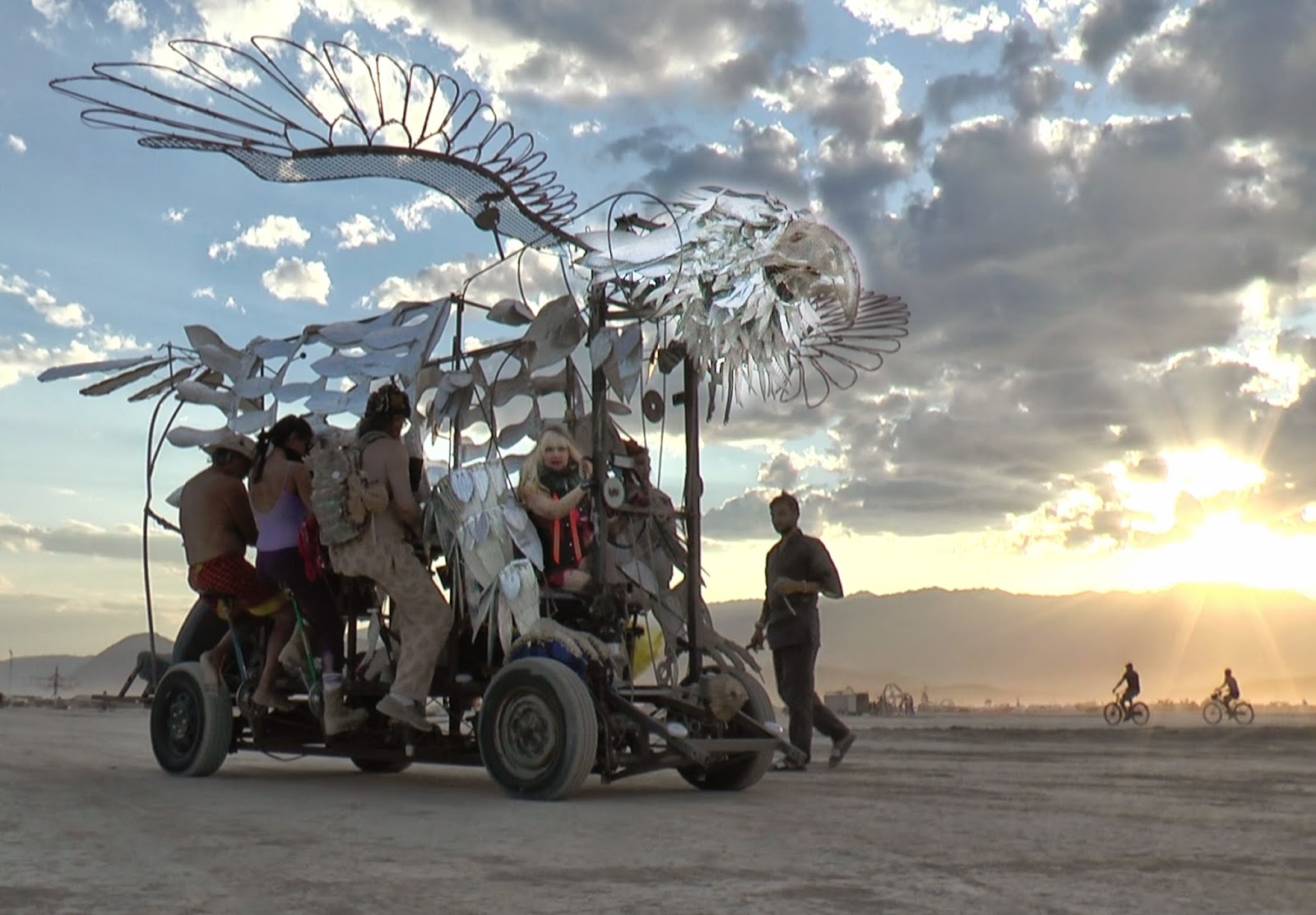 NEW YORK, NY—Phoebe Legere is a transmedia artist who works in the space between Art, Music, Ecology and Engineering.

Phoebe Legere creates renewable Energy Art with a message:
Love Is Your Power. 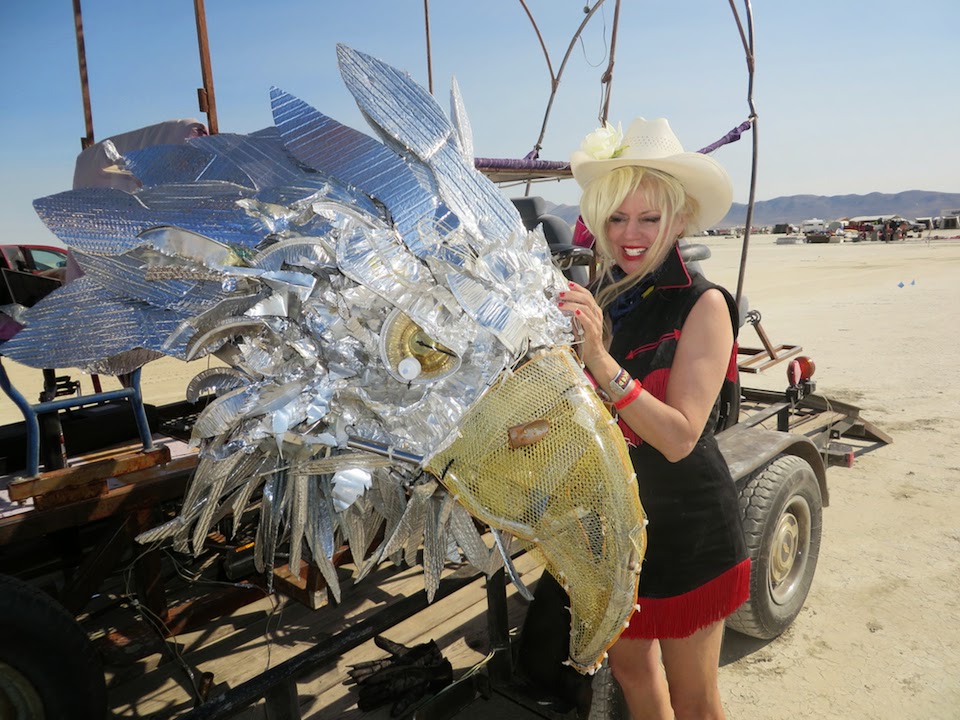 The Shamancycle is a Monster Eagle with flaming eyes, all created from up-cycled metal from car crashes. “I have repurposed the agony and death of twisted metal I found in junk yards and I have transformed it into giant sculpture that is a symbol of vision and freedom.”  The art vehicle has been valued at more than one million dollars.

Phoebe Legere is a legendary East Village activist who founded an Urban Museum for Visionary Art with a teaching outreach program called the NY Underground Museum .  Legere is the creator of a free Festival Art & Music Camp for high poverty, underserved children.

Phoebe Legere is forging a link between curators, artists and communities. “My parents are both painters. They trained me. I did my first oil painting at age 5. My grandparents were musicians. I wrote my first song at age 6. My early exposure to the arts saved my life. Today my community arts activism is an integral part of my art practice. My place of production is an exhibition/performance space called the NY Underground Museum. My motto is, “Celebrating Visionary Art and Music, Nurturing the Artists of Tomorrow.”

Phoebe Legere writes songs and paints daily.  Legere does paintings of giant nude women, men and animals that are embedded with digital music. Legere’s erotic-punk paintings celebrate the human body, the sacredness of relationships and the non-objective reality of Time as Being.

Phoebe Legere is also a trained musician. She is a songwriter, conductor and writer of symphonies who has set her autobiography of her life as a teenage runaway to music.

Phoebe Legere directs her own videos and films. From her earliest video, “Marilyn Monroe” to “The Shamancycle Story” to “Gay National Anthem,”  Legere uses video as the perfect blend of sound and image.  Her newest single,
“OK, Cupid,” and video were entirely recorded on an Apple iPhone 6.

Phoebe Legere creates conversations that question performance, gender and artistic norms. Come meet her at the Maker Faire or attend a show!

Legere is the president of FD, a sustainable, for profit company that has developed a new media delivery system for Interdisciplinary artists. Request a FD of Legere’s art and music or follow the links to see her paintings, listen to her song, “Love Is Your Power” from the GAY CD or to learn more about the non-profit NY Underground Museum.

PHOEBE LEGERE is a transdisciplinary artist. Her all-grrl rock band, Monad opened for David Bowie on his national tour. Her song “Marilyn Monroe,” from cult film Mondo New York was a hit on college radio.

Legere was nominated for the Pulitzer Prize in Music for her work The Waterclown, performed with the Cleveland Chamber Symphony.

In 2014 Phoebe Legere received the prestigious Acker Award for Excellence in the Avant Garde. .She is the host and head writer of Roulette TV, a show about the extreme frontier edge of Art and Music.  Last week Legere appeared painting, singing and acting in an HBO special produced by Lena Dunham.

On May  16 and 17th Legere will appear singing from the stage her  alternative-energy 15-person ride-able sculpture, The Shamancycle at the Bay Area Maker Faire.

The New York Times raved:“Legere plays the piano with enormous authority in a style that encompasses Chopin, blues, ragtime, bebop and beyond, and she brings to her vocal delivery a four octave range, and an extraordinary palette of tonal color and meticulous phrasing.”

Provincetown Magazine wrote: “Often copied, never equaled, Phoebe Legere is a transmedia virtuoso force who zaps the listener into a new reality. Legere personifies the divine feminine; her multi-octave voice has been compared to Edith Piaf, Aretha Franklin and Maria Callas. Legere is nuclear, spinning, multidimensional create force not to be missed.” Interview Magazine called her “a genius.”﻿ 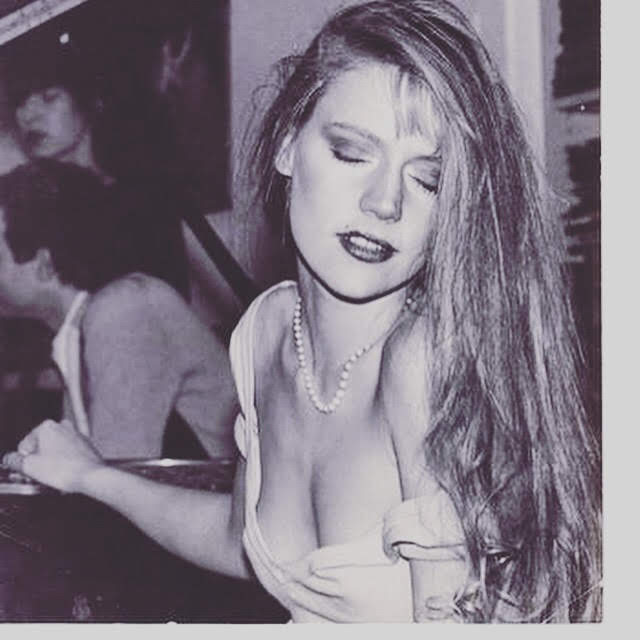 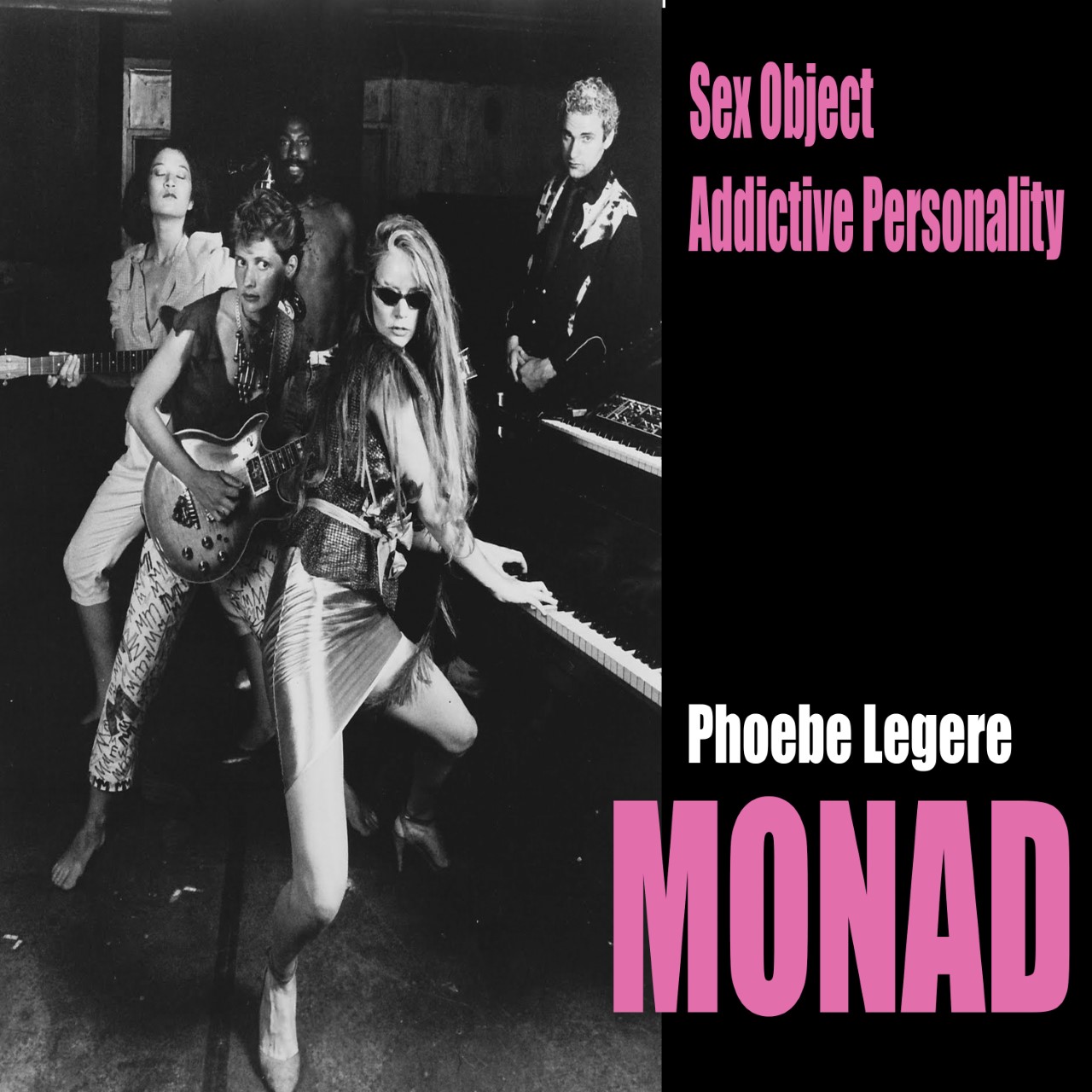 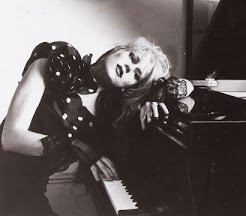 There were boy bands...there were girls who sang in bands... but Phoebe Legere's MONAD was the first multi-racial&ethnic group featuring both men and women who played music together as a unit on equal footing.
The mission was not diversity--Phoebe's plan just worked out that way--and everything flowed in harmony. This groundbreaking group inspired the wheel to turn in a revolutionary way and made rock music what it is today. 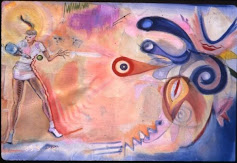 Click the link to see more of Phoebe's artwork 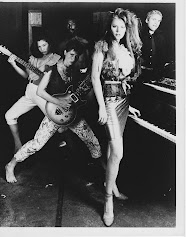 What is a MONAD? 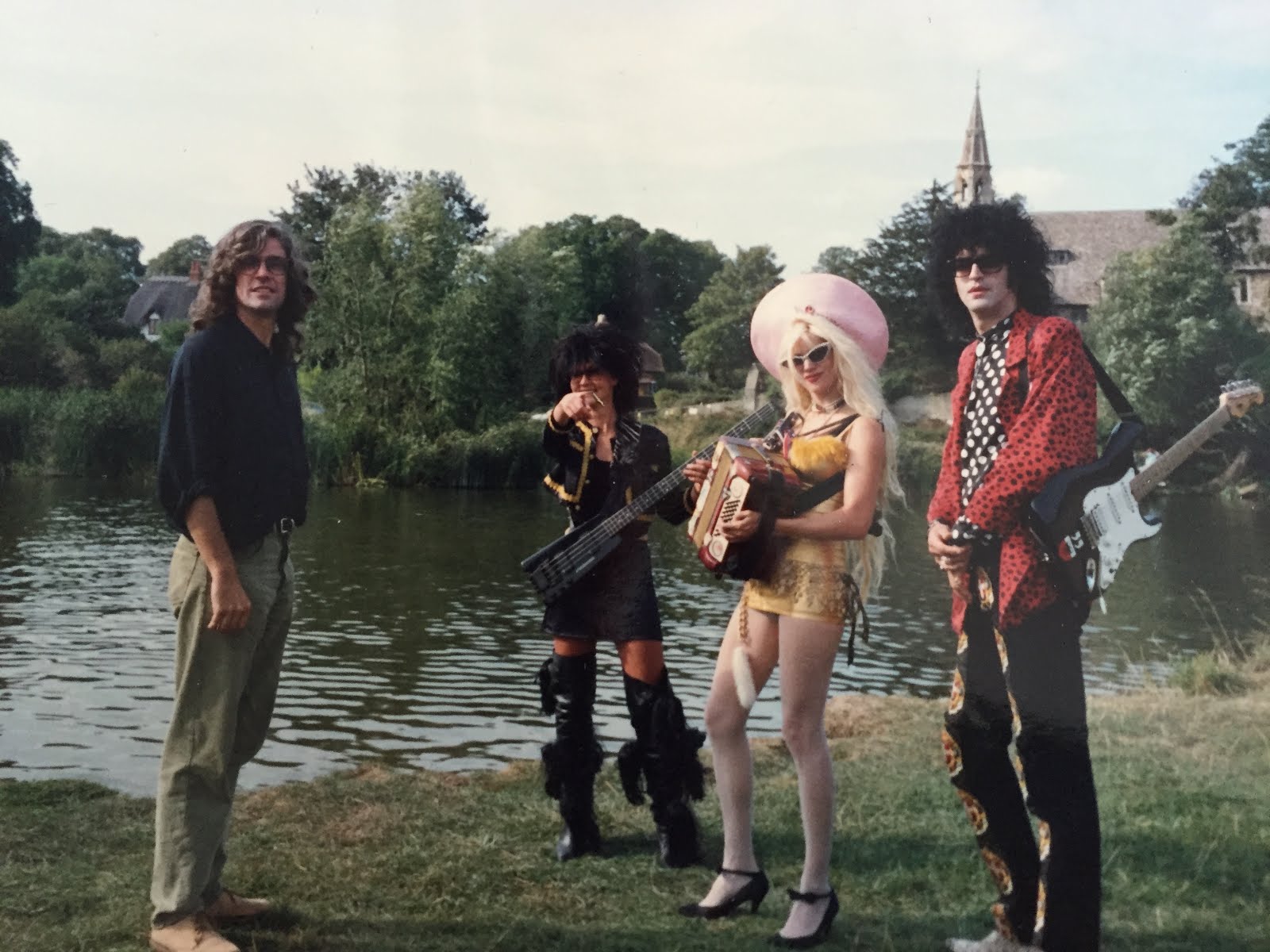 Representation of the Pythagorean MONAD 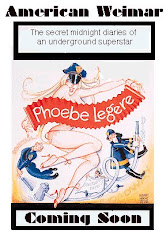 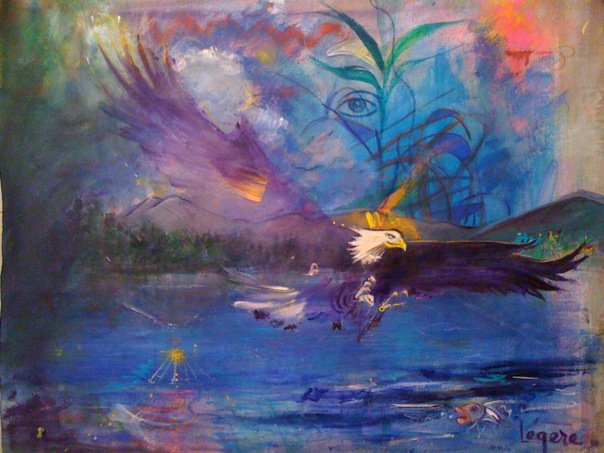 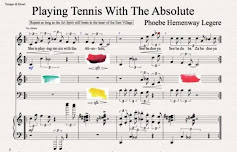 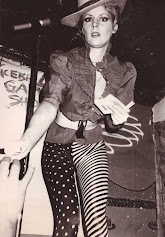 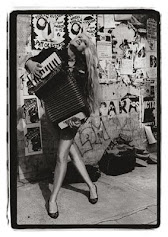 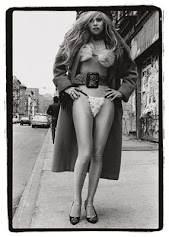 Phoebe designed the fur (faux, of course) bikini. They regularly sold out at Patricia Field 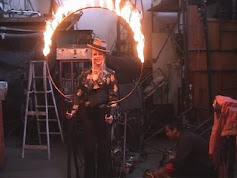